This book tag was orginally made by Hi I love books on youtube over a year ago. I saw this on someones blog the other day and decided I'd like to do this book tag for fun.

So this book tag simply consists of 10 book related phases that are meant to be valentines day related (so I'm a little late on that one oops).
Phase 1.

Initial Attraction
A book you bought based on the cover

Origin by Jessica Khoury
This cover just intrigued me from the moment I saw it. I still do not know what this book is about and I've had it for 7 months already. But I don't want to know what it's like because when I read it I want to go in blind.

We were liars by E. Lockhart
The synopsis of this book really inrigued me simply because it was so short but yet so hooking. I read this a while back and actually enjoyed it a lot especially the ending.

Stolen: A letter to my captor by Lucy Christopher
This book wasn't exactly the wow factor with the writing but I thought it deserved this place as it was different to anything I'd ever read before as it was in 3rd person. I actually went into it not knowing much and didn't except to like the writing style but was surprisingly hooked by it.

Eeny Meeny by M. J. Arlidge (Helen Grace Series)
This is hands down my favourite series ever. I have read the first 3 books and although I knew Liar Liar had come out I only recently discovered that there are in fact 5 books in this series that have been released and the 6th is to come out in Septemeber 2016 (which I'm super exited for). If you like mystery/thriller/crime books then I suggest you run to your nearest book store right now and pick these up. They are just so fast paced and just incredible I love them so much guys!

The One Plus One by JoJo Moyes
This was the first book I had ever won on goodreads and when it came back I was eager to start reading it. It was also the first book I had read that included multiple perspectives and I thought it was so amazing haha. Anyway the book kept me hooked from page to page and I just couldn't put it down.

My Best Friend's Girl by Dorothy Koomson
This book was the first ever adults book I ever read (as I have previously mentioned in another of my posts). I thouroughly enjoyed the whole concept of this book and liked how different things were happening throughout the book in order to keep you hooked and wanting to read more and more. I remember after I read it I was on the phone to my best friednd and coud not stop raving about it. She also had read the book and agreed and she even re-read it after I'd reminded her of it. Such as great book honestly guys.

The Marvels by Brian Selznick (Hardback)
I don't even know why I like the feel of this book but just holding it in my hands it's so heavy and it feels almost grand if you get me? I just really love it.

The Complete Maus by Art Spiegelman
I loved this book more than I can describe. It was so fantastic reading about the holocaust from someone who had actually lived through it and survived it. The art work was so strange and original but fascinating and I just thought it was an incredibly great read that was eye opening and everyone should just read it. 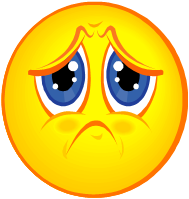 I decided not to include anything for this simply because I know I will not re-read any book or series as I feel life is already too short and there are so many books to get through!!!