Most Anticipated Reads For The End Of 2017 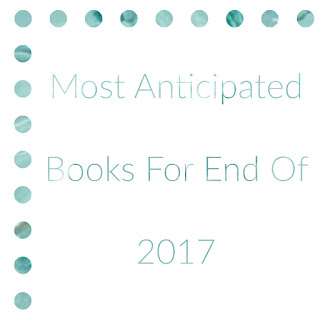 I am not one for looking into what books are coming out throughout the year but I saw a video on Ash's channel on youtube and decided I would have a little look at different books that were coming out soon and found there were a few that I was actually pretty excited for. I wanted to share these couple of books with you, however i won't be putting up any synopsis'. So without further ado here are some of the books I'm excited for this year...

The Good Daughter by Karin Slaughter
Okay so I am a little bit confused by when this book is being published or if it has already. I have seen on goodreads that it is supposed to be published August 8th I believe 2017, However I seem to be able to actually buy it on book deporitory and it's not as a pre order. Bit confused but nevertheless excited, I've heard Slaughter had a dark element to her writing and this is the first book of her new series so I want to try it out.

Without Merit by Colleen Hoover
I have read a few of Hoover's books in the past and I love her writing, it so fast paced and just easy to read. When I saw that she was coming out with a new book I was super excited. Can't wait to get my hands on it. Expected October 2017

They Both Die at the End by Adam Silvera
I don't actually know an awful lot about this book or this author but the title and the cver intrigued me and I've seen this a lot on other peoples anticipated reads for this year so super excited for its release. Expected September 2017

Harry Potter and the Prisoner of Azkaban by J.K. Rowling and Jim Kay
Of course I was excited about this I mean it's the illistrated edition of harry potter. I haven't yet read HP though so can't get on board with the hype but the movies are one of my favourite mvoie series of all time of course. And this cover HOLY SHIT, it's beautiful I mean best out of the three so far!!!! Expected October 2017

Sleeping Beauties by Stephen King and Owen King
I'm mostly excited about this one because although I haven't read any of King's books before I really want to get into his work. Also I love this cover and I love more the fact that this is a collaboration with his son. How cute?! Expected September 2017 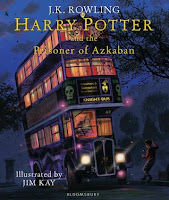 Renegades by Marissa Mayer
I don't know an awful lot about this book, I don't like knowing too but but what I do know is that this cover is freaking insane. I love it. Expected November 2017

Love Me Not by M. J. Arlidge
This is the 7th book in the DI Helen Grace series which I am obsessed with and have been for years. This series holds a special place in my heart so super stoked to see that this one is coming out soon. Expected October 2017

Whichwood by Tahereh Mafi
This book is a companion book for Furthermore which I actually own but haven't yet read. I love the cover of this book and that's mainly what is drawing me to it, but also I know Mafi can write great things so I'm expecting good things from this and from Furthermore. Expected November 2017